I'm Briar – Briar Lawry, if you were wondering which particular one. Raw Library is an anagram of my name and a place for my writing – about anything, in theory, but mostly about books, the music industry and chronic illness. And sometimes coffee.

The best way to get in touch with me is via @briarlawry on Twitter. 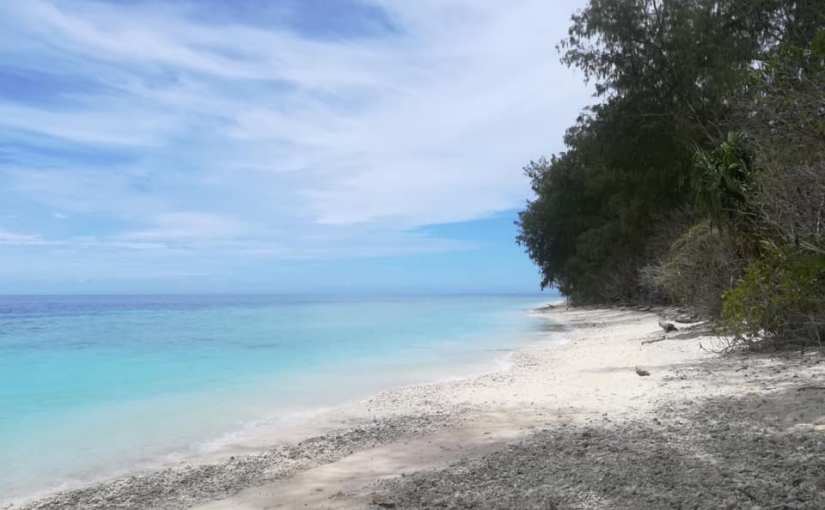 Originally written for a CWRT700 portfolio at AUT in 2019. Second part of swim | swimswim.

In Honiara, on the hill above Town Ground, at the intersection of Lengakiki Road, Hibiscus Avenue and Mud Lane, there is a complex of expat units and apartments, and that is where my dad has lived for nearly five years.

END_OF_DOCUMENT_TOKEN_TO_BE_REPLACED

My life is intrinsically tied to the Pacific.

But it goes further than that. My parents spent years working in the Pacific “proper” – Niue, Samoa, the Cook Islands, Papua New Guinea. My childhood was full of shell necklaces and woven baskets, stories of tivaevae and dengue fever. My vowels of every Polynesian language were always carefully considered.

For so many years, the Pacific was a place where stories and trinkets came from – and then, last year, my dad took a job in Honiara, the capital city of the Solomon Islands. It is a place that people don’t really know much about, generally speaking – and when it does show up in the collective consciousness, it’s rarely for good reasons. Beautiful island paradise it may be in theory, it had the best part of a decade in a state of ‘unrest’ – euphemistic term for civil war, really – from the late nineties onwards. And like so many of us lucky island and coastal nations in this part of the world, it’s on that fun-filled ‘ring of fire’ that circles the Pacific – chances are pretty high that many people in certain areas would only know the name as a source of tsunami warnings.

It’s not fun to have family in a place like that when everything decides to happen at once. In the last week-ish, there have been deadly storms, causing flash floods and rivers to burst their banks and bring down bridges. In the midst of the storms, they were rattled by a 6.0 earthquake – fortunately not too strong in Honiara itself, as I understand it, which is a mercy given how hard it has been hit by the weather – and now today, another earthquake has hit the country, this time a 7.6. Hopefully you’ve seen it on the news – it was relegated to second place in the One News bulletin,with the royal tour taking precedence. It’s rather difficult to swallow the frivolous ‘here’s what the shawl-knitter actually has to say with regard to her conversation with Prince William’ tale when you’re waiting to see more details about how much more screwed up this place that is home to many NZ expats is getting.

I feel that I’m losing direction with this post, so before I go on a depression related tangent, here are a couple of photos that my dad has sent to me. 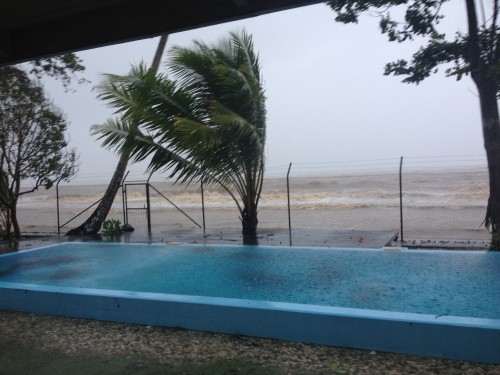